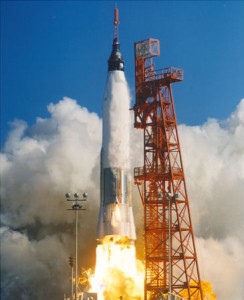 Bill Paying Launch pad.  It can be a time-consuming burden to act on all the mail that comes in every day, but it just takes a couple minutes to sort it into statements to file, items to read, junk to shred, and bills to pay.  For paper bills to pay, I like those 31-day sorters  that keeps the due dates straight.  Pay every week and the task is not only manageable, but you’ll never get a late fee.  If you pay all you bills online, a launch pad would simply be a bills-to-pay folder, to instantly collect bills as they come in.  Again, paying weekly keeps it manageable.

Exit Launch pad.  Near your exit door is a critical area to keep a launch pad.  It can be a stressful moment as you’re leaving, to take stock of all the items you meant to leave with.   Dedicate one spot strictly to items that need to leave your home.  This way, you don’t have to think through the whole house as you’re trying to leave, you just have to look at one spot near your exit point.  Some good candidates to bring to the exit Launchpad are keys, borrowed items, cell phones, sunglasses, and library books.

Donate Launch pad.  If it’s important to you to not throw out items, that are no longer of value to you, but still perfectly good, then create a launch pad for them.   Donating is much easier if it is broken up into small manageable visits, than hoping to capture everything at once, annually.  Big goals like that tend to get put off.  Dedicate a shelf in the garage strictly for collecting items slated for donation.  That way the next time you realize that you’re passing your favorite donation center, you will have a manageable collection, ready to go, right by your car.

Laundry Launch pad.   Another name for a laundry launch pad is a laundry hamper;-) I just want to reinforce the launch pad concept with something most of us do already.   You’re not going to wash an article of clothing every time you wear it, but you do need to collect it in a singular place that is easy to grab, when you do carve out some time to do laundry.  If it’s not easy to access, it’s less likely to be used.

Project Launch pad. There’s a huge difference between acting upon an idea and not wanting to forget an idea.  Great ideas need to be captured in a safe place, that you will review at least weekly.  I call this launch pad project corrals.

Task Launch pad.  Perhaps the most important, the task launch pad collects all the tasks you want to make a point of acting on.  Whatever system you use, it’s best to collect your tasks on just one visible page.  This keeps it manageable.  Whenever you get sidetracked, it’s easier to return your attention to just one important page.

Launch pads are systems that represent my central organizing philosophy: circulation prevents accumulation.   Things—whether they are objects, data, or ideas– need to move forward in a reliable series of stages.  Without such a plan for movement, these things get stuck and pile up.  Launch pads always exist in the penultimate stage, just before the finished goal.  You won’t always have the time or opportunity to accomplish the finished goal, but you can almost always advance things to the launch pad, where the finished goal is more manageable.