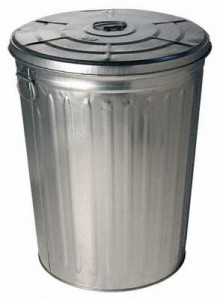 I have written about the worst ways to get organized before, but today I want to focus on just one. If you are helping a friend or family member get organized, the worst piece of advice you can give them is: “when in doubt, throw it out.”

Oh, I know it’s fun to say. It rhymes and everything. I know it makes sense to you, but it’s important to remember that not everyone thinks like you. You are fortunate enough to see the value of taking the less important stuff out of the way, so that you can get to the most important stuff. You have your priorities clear, so you can be decisive. If the person you are helping, does not have all these things, then throwing the magic mantra at them will not suddenly make them overcome all their doubts and fears. In fact it could make them worse! Here are  four reasons why.

Tossing is not the point.

Don’t get me wrong, we have overseen the disposal of tons of garbage, but that’s not how we measure our organizing success. In fact, our focus is not on tossing, but on keeping. We look at how much and why the client is keeping and we consider where it’s all going to go. Clients like to hear this. Indeed, they become the ones choosing to toss. What they don’t like to hear is “Mom, just throw all this junk OUT!!!”

The two most important things to maintain in the purging process is momentum and focus. Both these things go out the door when the client starts having regrets over what she’s been forced to toss. To prevent regrets, we say “when in doubt DON’T throw it out.” Keep it and keep going. The one caveat is, at least get clear on exactly WHY you are keeping an object. For example, is an old doll more of a display item or a keepsake? Whatever you decide will move the item to the appropriate location, even if the location is the trash bin, after you see you have kept 20 dolls. The point is, you can still move the process forward after deciding to keep, by just clarifying why.

When you put the pressure on someone to just throw away their stuff, it can go one of two ways. One, they may reluctantly surrender, which leads to the regrets or two, they dig their heals in and become MORE resistant. Then, it’s keep, keep, keep. This in turn, makes you more frustrated, then angry. You are seen as less of a helper and more of a bully. It’s not long before the process ends badly.

When an organizing process ends badly, there is increased resistance the next time it is necessary. Both the cluttered party and the “helper” are resistant. “I’m not helping her this time. She’s impossible!” Whereas, if you had maintained the focus and momentum enough to finish and transform a space without regrets, you might have a very positive feeling about the organizing process for next time.

Have you had difficulty maintaining the momentum and focus necessary to organize your loved one’s rooms? Is there too much baggage between you? You need look no further that this website for a caring team that delivers momentum, focus, and results!