An Organizing Lesson From The White Stripes

An Organizing Lesson From The White Stripes 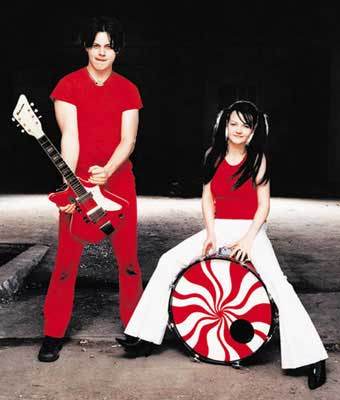 One of the things I say a lot is limitations breed freedom. I’ve written several posts that demonstrate the value of this paradox , but here’s an example you might not expect: The White Stripes.

If you don’t know Jack and Meg White, they formed a Detroit band in 1997 called The White Stripes. They lasted until 2011. Their sound was garage rock revival. It was a refreshing blast for those of us lamenting rock’s decline, but it was their look that was so unique. It was a very conscious minimalism.

For starters, there was just the two of them. Up until The White Stripes, a rock band was, at minimum, three musicians: a lead guitarist, a drummer, and a bassist. In fact, some of the BEST rock bands took this fat-free approach: Cream, The Jimi Hendrix Experience, ZZ Top, The Police, Nirvana, Green Day, and my favorite power trio, Husker Du. Jack White took it a step further. He decided they could do without the bassist.

Then there was the color scheme. Only red, white, or black would do. The only other band I’m aware of imposing this limitation is the Swedish band, The Hives (just black and white). This made for some powerful branding. The musicians’ names, the band’s name, and the peppermint candy imagery were all the same thing: white stripes.

The White Stripes understood that less is more. The limitations they imposed on themselves opened up a lot of creative freedom. There was no complicated band dynamic, that one would get with three or more musicians. It was easy. Jack led, Meg followed. They didn’t waste a minute on choosing what clothes to wear: Anything red or white (or maybe black, if they want to mix it up.) All their creative energy was freed up for their music and their performance and it benefitted. They were GREAT.

My father, a classical musical enthusiast, upon hearing me defend Jimi Hendrix’s music as difficult to play, would say, “I can appreciate that it is difficult to play. I wish, however, that it were impossible.” If you’re like my late Dad, I don’t expect you to ever appreciate the achievements of The White Stripes, but if you do, know that they were fueled largely BY their limitations, not despite them. The same idea is true with organizing systems that may sound limiting.