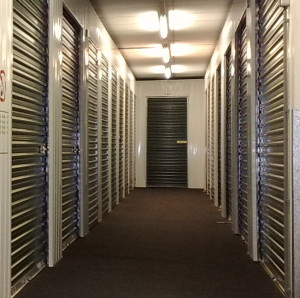 I have always contended that outside storage can be a huge waste of money. I received this letter from a fellow blogger, who serves up a hefty helping of further evidence. Enjoy.

Have you ever used a storage company? Have you ever had the fees automatically debited from your credit card? Well I have. At the time it seemed like a good idea. My mother lived and died in Ohio. I was living in Connecticut. For almost a year I spent a week each month in Ohio flying trying to put everything in order (she was disorganization personified). When a buyer for her condo wanted to move in immediately, I quickly had all my mother’s remaining belongings carted off to a storage facility. I planned to go through those things at my leisure. And then I never did!

A decade later the storage company changed their billing policy. They now want one year of fees paid in advance. $1595.00! Holy Cow! Yes, they did raise the rates incrementally over the past ten years but I’ve shelled out close to $15,000.00 for 4 tin walls and roof to guard some furniture I’ll never use and a few boxes of papers.

Here’s what I could have done with the money:

I am only telling you this Matt because your hair is already grey and now that I have revealed my deep dark secret to you, I plan to clean that place out ASAP!

Damn! I will never doubt the value of a professional organizer! Look for a few post cards in the upcoming decade!

A Reader of Your Blog Who Had an ‘AHHA’ Moment,

Gay Gasser is the owner of Mirth In A Box, a company that sells a wide variety fun and unique novelty gift boxes. Learn more at mirthinabox.com.